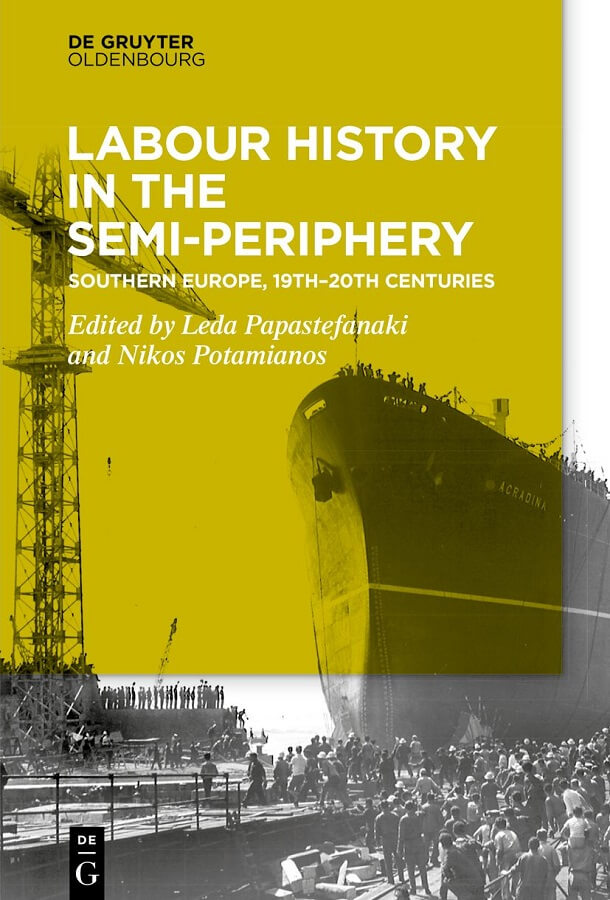 
This collective volume comprises several of the papers originally presented at the Greek Economic History Association’s 3rd International Conference, held in 2017 in Ioannina.  The chapters of the volume have been more elaborated after double blind peer review.

The volume aims at studying a variety of labour history themes in Southern Europe, and investigating the transformations of labour and labour relations that these areas underwent in the 19th and the 20th centuries. The subjects studied include industrial labour relations in Southern Europe; labour on the sea and in the shipyards of the Mediterranean; small enterprises and small land ownership in relation to labour; formal and informal labour; the tendency towards independent work and the role of culture; forms of labour management (from paternalistic policies to the provision of welfare capitalism); the importance of the institutional framework and the wider political context; and women’s labour and gender relations.

Chapter 6
Nikos Potamianos
Between Workers and the Retailing Community: the Street Vendors of Athens in the First Decades of the Twentieth Century

Chapter 9
Kostas Paloukis
Marking the Political, Cultural and Spatial Boundary Lines of the Working-class in Interwar Period: the Neighbourhood of Peristeri, Athens

Part IV Shipyards and Maritime Labour in the Mediterranean

Chapter 13
Enric Garcia-Domingo
The Long Road to Recognition: the Profession of Ship Engineer in the Spanish Merchant Marine, 1877–1980 321

Chapter 14
Aurora Iannello
Cantieristi. A History of Labour in Palermo Shipyard from 1945 to 1970