European Investment in Greece in the Nineteenth Century: A Behavioural Approach to Financial History 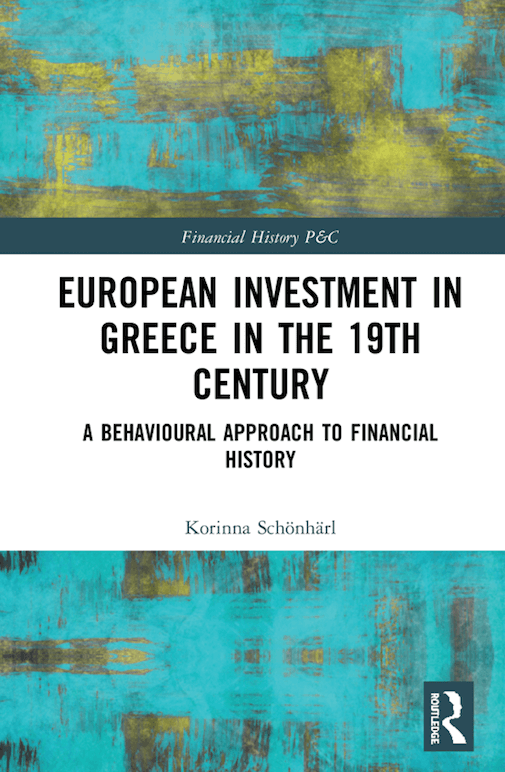 Banking historiography often does not sufficiently take into account bankers’ deliberations of their decision making, but rather limits investigation to considerations of profit maximisation. This book shows that the decision-making processes of nineteenth-century bankers contemplating high-risk financial markets like Greece are just as complex as present-day investment decisions.
The book, now published in English after a first German edition, offers in-depth studies of decision making in concrete historical situations, considering political and economic circumstances and also the individual background of the actors concerned, including a reflection on the influence of cultural movements such as Philhellenism. Employing methodological inspirations from the field of behavioural finance, the book analyses a broad range of published and unpublished English, French, Greek, German and Swiss sources on European investment in Greece between 1821 and the Balkan wars. Additionally, rich insights into Greek economic history, the economic integration of the country into Europe and long-lasting European stereotypes of Southern Europe and Greece are provided; this furthers understanding of the historical background of the Greek financial crisis after 2009.
In combining the perspectives of financial, economic, political and cultural history, this book is primarily significant for students of various fields of historiography. Due to its strong awareness of methodological questions, it is also of great interest to academic historians. In addition, the strong public interest in the Greek financial crisis after 2009 and its consequences for Europe will, thirdly, attract the interest of a broader public.

Foreword
Part I. Investments by European bankers in Greece in the 19th century
Part II. Foreign investment in Greece in the 19th century – nine case studies
1. Philanthropy as a marketing strategy: Loans for Greece during her struggle for independence in 1824/25
2. Liberalism in restoration times: The banker Jean-Gabriel Eynard as the founder of the Greek National Bank (1841)
3. Banking business between Saint-Simonism and philology: The Bavarian-French d´Eichthal family
Digression: The Rothschilds and the guaranteed loan of 1833
4. Antique mines molten again: Lavrion
5. At the service of the chancellor: Bleichröder and the Greek loan of 1889
6. Paris as the new Athens: The Canal of Corinth 1882-1893
7. Grounded in a marsh: the Lake Copais Company
8. Incasso International: Building up confidence by debt redemption?
9. Currant trade in Greece: ‘Monopoly or Death!’
Part III. Conclusion: Greece as a new market in the perception of European bankers (1821-1911)
Acknowledgements
Abbreviations
Weights and measures
Figures and tables
Archives
Index