Working in Greece and Turkey. A Comparative Labour History from Empires to Nation-States, 1840–1940 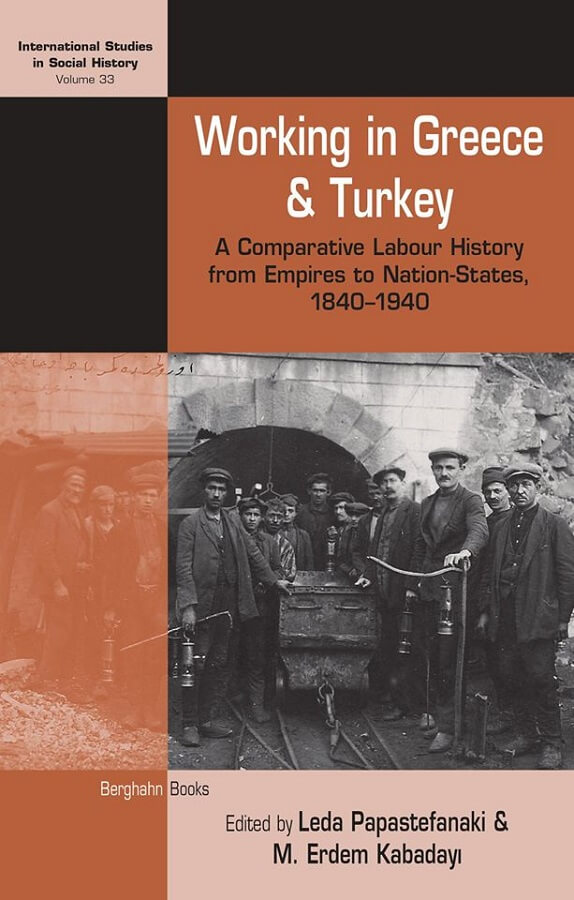 Description
As was the case in many other countries, it was only in the early years of this century that Greek and Turkish labour historians began to systematically look beyond national borders to investigate their intricately interrelated histories. The studies in Working in Greece and Turkey provide an overdue exploration of labour history on both sides of the Aegean, before as well as after the fall of the Ottoman Empire. Deploying the approaches of global labour history as a framework, this volume presents transnational, transcontinental, and diachronic comparisons that illuminate the shared history of Greece and Turkey

Part I: Agrarian Property and Labour Relations, Rural and Urban Organization of Work

Chapter 1. Were Peasants Bound to the Soil in the Nineteenth-Century Balkans? A Reappraisal of the Question of the New/Second Serfdom in Ottoman Historiography
Alp Yücel Kaya

Chapter 3. ‘No Work for Anyone in this Country of Misery’: Famine and Labour Relations in Mid-Nineteenth-Century Anatolia
Semih Çelik

Chapter 5. Ethno-religious Division of Labour in Urban Economies of the Ottoman Empire in the Nineteenth Century
M. Erdem Kabadayı and Murat Güvenç

Part III: Labour Market and Emotions in the Twentieth Century

Chapter 11. The Changing Organization of Production and Modes of Control, and the Workers’ Response: The Turkish Textile Industry in the 1940s and 50s
Barış Alp Özden

Chapter 12. ‘It is Fair to Ask for the Improvement of Their Fate’: The Demands, Mobilization, and the Political Orientation of the Press Workers and Printers of Patras, 1900–1940
Asimakis Palaiologos