Women, Work, and Activism. Chapters of an Inclusive History of Labor in the Long Twentieth Century 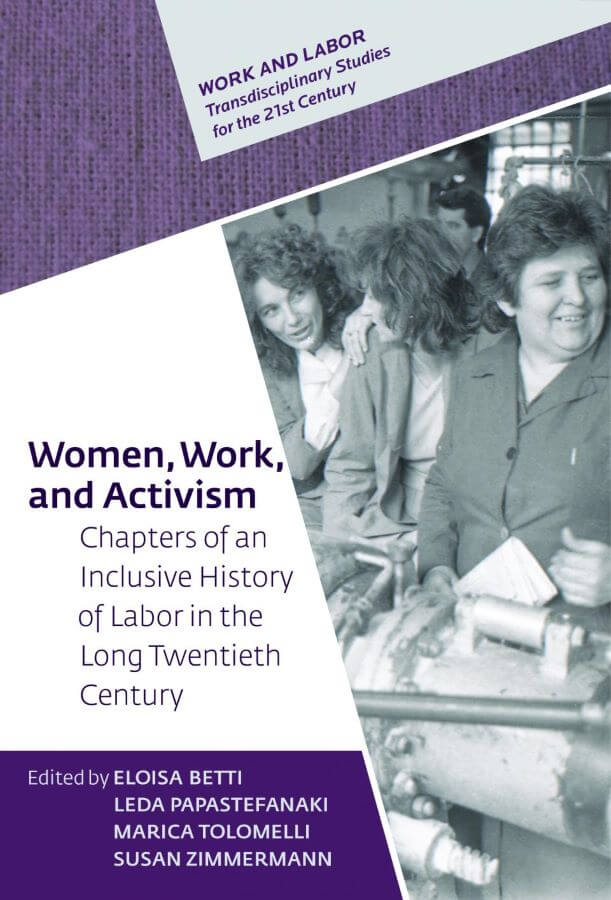 
The thirteen critical and well-documented chapters of Women, Work, and Activism examine women’s labor struggle from late nineteenth-century Portuguese mutual societies to Yugoslav peasant women’s work in the 1930s, and from the Catalan labor movement under the Franco dictatorship to workplace democracy in the United States. The authors portray women’s labor activism in a wide variety of contexts including transnational organizing, feminist engagement with men-dominated trade unionism, long-distance migration, and the socialist workplace. The chapters address the involvement of working people in multiple and often unstable labor relations and in unpaid labor, as well as the role of the state and other institutions in shaping the history of women’s labor activism.

The book is an innovative contribution to both labor and gender history. It redefines the new labor history by focusing on the gendered political-social history of labor and by fully integrating the conceptual advances made by gender historians in the study of labor activism.

PART ONE: TOWARD INCLUSIVE FRAMINGS: WOMEN’S LABOR ACTIVISM IN MEN- AND WOMEN-DOMINATED CONTEXTS

Women and the Labor Movement under a Dictatorship: Comisiones Obreras (Workers’ Commissions) in Greater Barcelona during Franco’s Dictatorship and the Transition to Democracy (1964–1981) / Nadia Varo Moral

PART TWO: WOMEN IN MOTION: RETHINKING AGENCY AND ACTIVISM AT THE WORKPLACE AND BEYOND

The Strike, the Household, the Gendered Division of Labor, and International Networks: Women Auxiliaries and the Ship Repair Workers’ Strike (Genoa, 1955) / Marco Caligari

In Order to Safeguard the Lives of Our Children and Families”: Resistance and Protest of Women Workers in the Greek Tobacco Industry, 1945–1970 / Thanasis Betas

Inside the Factory, Outside the Party-state: The Agency of Yugoslav Women Workers in Late Socialism (1976–1989) / Rory Archer

PART THREE: HOW THE PERSONAL REVEALS THE POLITICAL: WOMEN ACTIVISTS’ BIOGRAPHIES AND BEYOND

Women in the Trade Union Movement and Their Biographies: The Camera del Lavoro (Chamber of Labor) in Milan (1945–1965) / Debora Migliucci

French Trade Unionists Go International: The Circulation of Ideas on the Education and Training of Women Workers in the 1950s and 1960s / Françoise F. Laot

Trade Union Feminism in Lyon: Commissions-femmes as Sites of Resistance and Well-being in the 1970s / Anna Frisone