Contesting Deregulation. Debates, Practices and Developments in the West since the 1970s 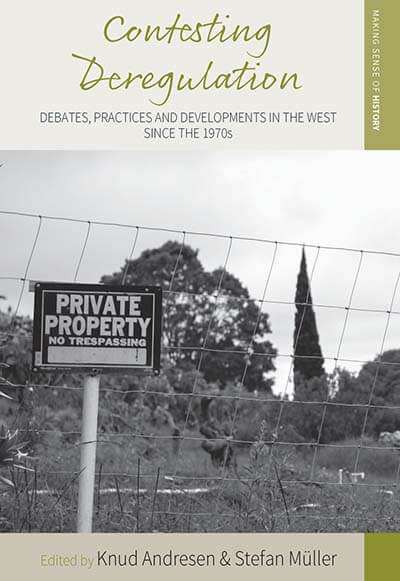 Few would dispute that many Western industrial democracies undertook extensive deregulation in the 1970s and 1980s. Yet this narrative, in its most familiar form, depends upon several historiographical assumptions that bely the complexities and pitfalls of studying the recent past. Across thirteen case studies, the contributors to this volume investigate this “deregulatory moment” from a variety of historical perspectives, including transnational, comparative, pan-European, and national approaches. Collectively, they challenge an interpretive framework that treats individual decades in isolation and ignores broader trends that extend to the end of the Second World War.

PART I: CONTINUITIES, OR: THE LONG SECOND HALF OF THE 20TH CENTURY

Chapter 1.  The Global Spread of Export Processing Zones, and the 1970s as a Decade of Consolidation
Patrick Neveling

Chapter 3. Pioneers of Capitalism. The Reshaping of the East German Planned Economy and the Managers of the Treuhandanstalt between State, Market and Society (1990–1994)
Marcus Böick

Chapter 4. Against the Deregulatory Tide: Privacy Protection Legislation in the Federal Republic of Germany in the 1970s and 1980s
Larry Frohman

Chapter 5. Changes in Business Organization: Integration in the American Workplace in the Early 1970s
Enrico Beltramini

PART II: CONCEPTUAL TRANSITION IN (STATE) REGULATION FROM THE 1970S TO THE 1980S

Chapter 8. The European Community and the Rise of a New Educational Order (1976–1986)
Simone Paoli

Chapter 9. Project-based Learning from the Late 1960s to the Early 1980s: A Case Study from Lansing and Bremen
Anna Wellner

Chapter 12. Marketization of the Enterprise: The Influence of Consultancy in the German Fibre Industry after the Boom
Christian Marx

Chapter 13. From Mutual Society to Public Corporation: The Case of the Halifax Building Society
Matthew Hollow